TechEd Northamerica started today. It's huge - more than 11,000 attendees from what I hear. One of my talks, titled "My Web Site is so slow…and I don't know what to do about it", happened this afternoon (here the PPTX). 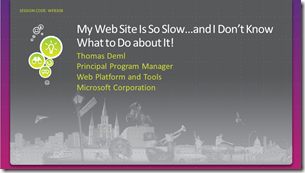 I had so much information plus eight demos that I ended exactly 6 seconds before they cut me off. I promised the audience to post all the resources and tools I used to come up with this talk on my blog. So I'm sitting here in the Sheraton Canal Street lobby, enjoy free WIFI, a pint of beer assembling all the information I collected on web performance over the last year.

Before I start listing Best Practices for specific topics I need to call out the three books I found the most useful:

1) The two Steve Souders books "High Performance Web Sites" and "Even Faster Web Sites" are probably a must-have for everybody concerned about web performance. 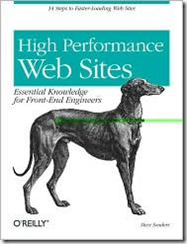 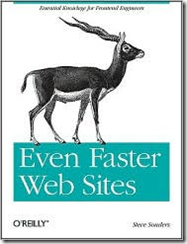 Unfortunately Souders is thin when it comes to IIS; ASP.NET isn't mentioned once. Reason enough to give this TechEd talk.

2) Only recently I discovered "Ultra-Fast ASP.NET" by Richard Kiessig. The title wasn't too appealing but I browsed through it anyway. And "Eureka" - this is a great book. As a Program Manager in IIS for almost 10 years I'm used to authors who know how to write but have no idea what they are writing about. Not so with Richard Kiessig's book. It's very thorough, everything is well-reasoned and explained. I learned quite a few things about IIS and ASP.NET that I wasn't aware of. 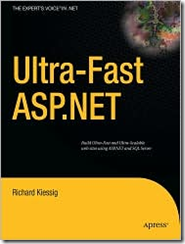 Well, the obvious ones:

YSlow - for a quick look on how a particular web-site is doing with regards to performance.

There are probably more, but I'm at Marguerites now, its getting late and there is still a lot to write.

Here are the Best Practices discussed. As already said it in the talk: web performance is a huge area and one could probably talk for days about Performance Best Practices. I picked the ones I thought have the most impact for my TechEd attendees.

The Server Execution section was about doing more, faster with fewer resources. This is the area where IIS really shines. No other general purpose web server is capable of sustaining the throughput IIS/ASP.Net are able to handle. I think however that by focusing too much on Server Execution we neglected the other areas, i.e. network transfer and frontend optimizations. But be it as it is - here are the Server Execution Best Practices I discussed:

That's it from the Server Execution side. Now on to Network throughput.

Ok, people are leaving the bar. Need to wrap this up. Let's go: