DiscountASP.NET also heavily uses the built-in Failed Request Tracing feature in the IIS7.x platform to troubleshoot customer problems more quickly and easily.  Giving developers tools around troubleshooting is a big focus area for DiscountASP.NET, who has just recently rolled out SQL profiling as a service. DiscountASP.NET can run a standard trace template and provide the trace file to customers who can then analyze the trace file using SQL Profiler or Database Tuning Advisor.

Joining other integrators of Web App Gallery that I talked about in an earlier blog, DiscountASP.NET recently launched integration with the Windows Web Application Gallery with their control panel. You can watch a short video on YouTube about the new feature in the DiscountASP.NET control panel, or check out the screen shots below. 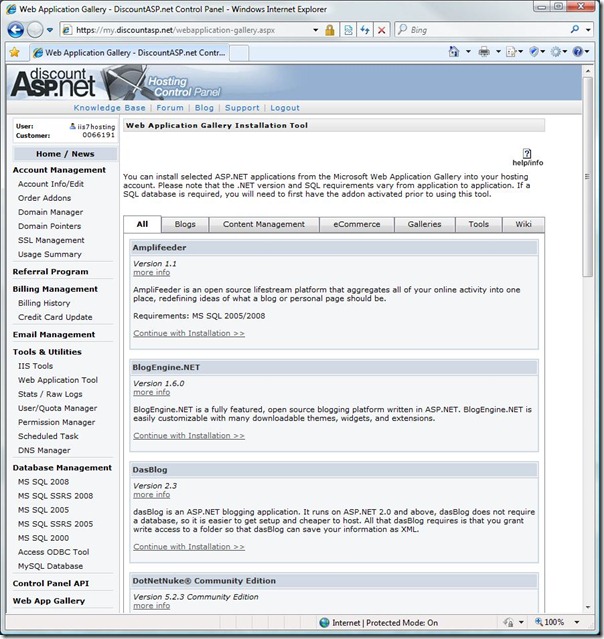