This site uses cookies for analytics, personalized content and ads. By continuing to browse this site, you agree to this use. Learn more
I am very proud to announce our September 2009 release of IIS Web extensions!  This September launch includes the RTW release of Web Deploy 1.0, Web Platform Installer 2.0, and IIS Database Manager 1.0, as well as the pre-release versions of Application Request Routing 2.0 RC and Search Engine Optimizer (SEO) Toolkit Beta 2.0. We are also releasing international support for a number of IIS extensions and the Windows Web Application Gallery. Along with these engineering releases, we are proud to make available Website Spark, a business program that makes it easy and affordable for Web development professionals to use the Microsoft Web platform.

Quick Start to What Important For You In This September Release

As you may know, IIS7 in Windows Server 2008 was a major release for the Microsoft Web server. Among its many changes are a brand new extensibility model that lets third parties (and the IIS product team!) use a rich API to innovate on the core Web server. And that's exactly what we've done over the last two years as you can see from our IIS Extensions.

With this release, we are not only continuing to expand the scope and features of our IIS extensions, but we're also providing localized versions in different languages for customers. All of our IIS Web server extensions released via Web download are fully supported by Microsoft for the support lifecycle of the underlying operating system.

Inside The September 2009 IIS Release 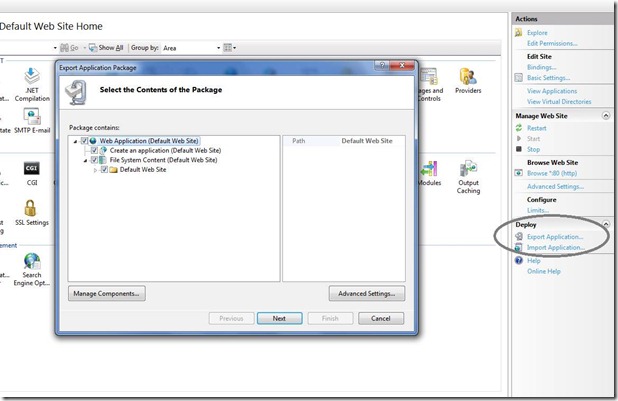 Supported on Windows XP and later, Web Platform Installer (Web PI) provides a central location to find and install the Microsoft Web platform and applications from the Web Application Gallery.

Web PI checks your computer for installed software and environment variables and then presents an up-to-date list of Web components that you can install. 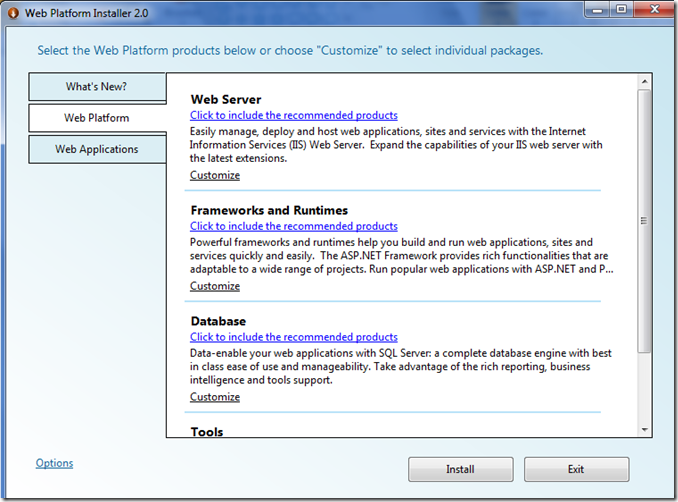 You can learn more about the products themselves in a details page, add multiple products to a list, select a product or two and Web PI will handle the installation of your choices, including pre-requisites, reboots and rollbacks.

You can also browse free community Web applications from the Windows Web App Gallery. Web PI uses XML feeds to provide access to the latest of the Web product stack and apps from Web App Gallery – and also supports reading custom XML feeds so that hosters and other users can add other products to the Web PI experience. Web PI uses Web Deploy as the underlying app deployment platform to install and deploy the free app so that you end up with a working Web site based on the app after a few simple screens. 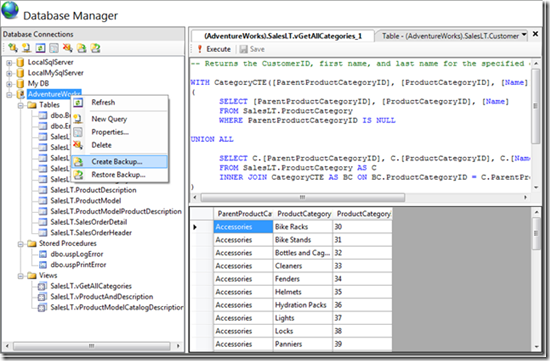 With Database Manager, you get:

IIS Database Manager gives Web app developers and administrators the ability to manage a key resource of the Web application – its database – in a single integrated experience through IIS Manager.

Application Request Routing (ARR) provides a load balancer for Web farms and an edge caching solution as a Web extension for IIS. In this RC release for the second version of ARR, we are increasing the performance of intelligent, rules-based routing of HTTP requests in Web farms by providing disk based caching. With ARR, you can see how our new extensibility model in IIS7 lets us open up production-grade new scenarios like load balancing and proxy/cache…all built on Windows Server and freely downloadable to IIS 7 and later.

ARR’s intelligent load balancing transforms the Web server into a dynamic environment for routing requests based on rules that allow the administrators to control traffic to sites based on site or client affinity. We introduce the concept of "server farms" in ARR as well, allowing you to dictate which server in a cluster that you want to handle a request.

Hosters like MaximumASP can use ARR to create new hosting offers. MaxESP, a new offer from MaximumASP, provides customers with load balancing and redundancy using ARR on the server without requiring any application changes.

In ARR 2.0, we expand the capabilities of ARR into edge caching. ARR plays a critical server component role to our end-to-end rich media delivery solution (check out IIS Smooth Streaming in action!), where ARR can turn an IIS server into a cache node in a CDN/ECN environment. In a hierarchical caching environment, ARR can be used as an edge/child cache node or a parent cache node, dynamically compressing content for maximum caching efficiency.

As with all our IIS extensions, you can use the same familiar IIS management tools like IIS Manager to quickly set up ARR as a load balancer or cache in a hierarchical environment.

In a world of rapidly increasing web sites, every Web site developer wants to make sure that their site is easily discoverable with good site quality. The SEO Toolkit Beta 2 simplifies site quality and searchability from the same management console that you administer your Web applications. The Toolkit provides the ability for developers to do site analysis, which helps you discover broken links and other site quality issues based on validation rules – as well as helps you troubleshoot common problems like duplicate content and poor keywords. 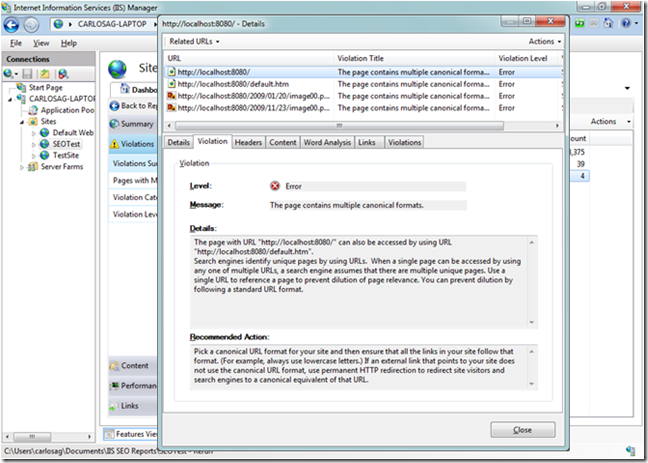 You can also use the SEO Toolkit to define robots exclusion files using a powerful editor – and then run another site analysis to assess the impact of applying your robots files. The sitemap functionality in the SEO Toolkit makes it easy to author index files that make it easy to discover a physical and logical view of the site.

In this Beta 2, you’ll experience a simplified workflow through the optimization process and take advantage of new features like report exporting into a single consolidated report that you can then compare with previous reports to flags, ability to set credentials that allow the site analysis tool to crawl login-protected pages, and extensibility that allows developer to customize the crawling process to handle new content types or to declare and flag their own violations in existing content types.

Today marks the beginning of our international rollout of our IIS extensions and Windows Web Application Gallery, so customers all over the world can take advantage of a rapidly innovating IIS.

Our goal is to provide support for nine primary languages for RTW IIS extensions (not betas) with today’s releases taking us the first step. With this release, we provide the following international support for the following products:

Look for more international releases for IIS extensions in the upcoming months as we continue to expand on languages and coverage of IIS released products.

I hope you enjoy the new functionality that this brings to your Web server! I am very proud of the work that we are launching today -- it is a reflection of how deeply we care about building the best Web server on the planet.

Try out the new extensions by installing from Web Platform Installer. If you have any questions or want to talk to our larger community of experts and product team members, try http://forums.iis.net/.