A couple of years ago a friend of mine introduced me to a game called Sudoku, and immediately I loved it. As any good game its rules are very simple, basically you have to lay out the numbers from 1 to 9 horizontally in a row without repeating them, while at the same time you have to layout the same 1 to 9 numbers vertically in a column, and also within a group (a 3x3 square).

After that, every time I had to take a flight I got addicted to buying a new puzzles magazine that would entertain me for the flight. On December 2006 while flying to Mexico I decided to change the tradition and instead build a simple Sudoku game that I could play any time I felt like doing it without having to find a magazine store and that turned into this simple game. It is not yet a great game since I haven't had time to finalize it, but I figure I would share it anyway in case someone finds it fun. 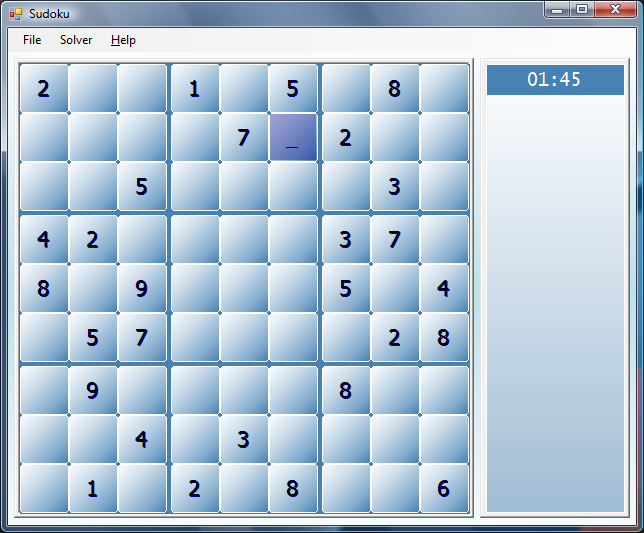 Carlos Aguilar Mares is an engineering manager at Microsoft.